Our Story of The Message of the Cross Ministries International Network

Our ministry was founded in 2018 by two Aboriginal women, a mother and daughter Venus and Louise De Busch from Cloncurry, Queensland. With a ministry of evangelism, they both came to place of total surrender, sitting still, and fellowshipping at home, until they received that Word to go forward.

In 2019, they started with home fellowships in Springfield, then established the yearly 'The Cross of Christ Revival Rally Australia' hosting their first rally in June 2020, however COVID held this up. The doors immediately opened to fellowship around a campfire at Deebing Creek Mission and has grown from there, now holding fellowships in an arcade at 7 Bell Street. With a large donation of clothing and kitchen pre-loved good from a wonderful father and daughter where they held their home fellowship, they established Crossfire Support Services, a not-for-profit charity organisation in the heart of Ipswich, Qld opening the doors in May 2020 and expanding gracefully. The ministry of evangelism through offering food hampers, soup kitchen, support services, food hampers and pre-loved clothing including kitchen gear was no doubt birthed of the Holy Spirit.

The Word they received to set things up was all their part would be, until God would send another to take over however God has set up us in leadership, they will continue to hold the banner, the Word of God is all they held onto. "We want to welcome you to come and fellowship with us. If you don't have a church home, please consider joining us. God is about to do something great in this land of Ipswich and throughout Australia, extending Internationally" says Venus and Louise.

Come and be blessed!

WHAT MUST I DO TO

This is the most important question in human existence and one whose answer is clearly outlined in scripture. In order to be saved we must first realize our true state of sinfulness before God and know that He alone can save us, cleanse us, and give us eternal life. Scripture tells us that Jesus is the only way and we can not have access to God through anyother means. In fact, in John 14:6, Jesus plainly stated..."I am the way, the truth, and the life: no man cometh unto the Father, but by me."God Loves You!God loves you so much that he made a way for you, through the shed blood of his son so that you might be able to spend eternity with Him. “For God so loved the world that he gave His only Begotten Son, that whosoever believeth in Him should not perish, but have Everlasting Life” ( Jn. 3:16 ).

Man is a Sinner, and Sin has Separated him from God!You may think you are a good person but being good is not enough! Every man has sinned and there is none that is righteous before God!“For there is not a just man upon Earth, that doeth good and sinneth not” ( Eccl. 7:20 ).“For all have sinned and come short of the Glory of God” (Rom. 3:23). Jesus Christ is the Only Remedy for Sin!Jesus Christ is the only remedy for sin. We can not be good enough to get into heaven, nor can our good works get us there. There was no other way for God to erase the effect of sin except by blood. The shedding of Christ's blood indicated that the penalty for sin had been paid; a perfect sinless life had been sacrificed for the lives of all who have sinned.“. . .Without the shedding of blood, there is no forgiveness of sins” ( Hebrews 9:22 )“For Christ also hath once suffered for sins, the just for the unjust, that He might bring us to God...” ( I Pet. 3:18 ).“Neither is there Salvation in any other: for there is none other name under Heaven given among men, whereby we must be saved” (Acts 4:12 ). You Must Receive Jesus Christ as Your Lord and Savior.

To be saved, a man must confess that Jesus is Lord, while acknowledging in his heart that Christ must have full rule over his life. This confession of Christ as Lord assumes that it is Christ who will work and fulfill His own righteousness within man, as man is unable to attain righteousness of his own accord. Jesus calls this experience the “new birth.” He told Nicodemus: “. . . Except a man be born again, he cannot see the Kingdom of God” ( Jn. 3:3 ).We invite you now to receive the Lord Jesus Christ as your personal Saviour. “But as many as received Him, to them gave He power to become the sons of God, even to them that believe on His Name” ( Jn. 1:12 ).

Pray this Prayer and Mean it with all Your Heart

Dear Lord Jesus, I realize that I am a sinner and have broken your laws. I understand that my sin has separated me from you. I am sorry and I ask you to forgive me. I accept the fact that your son Jesus Christ died for me, was resurrected, and is alive today and hears my prayers. I now open my heart’s door and invite Jesus in to become my Lord and my Saviour. I give Him control and ask that He would rule and reign in my heart so that His perfect will would be accomplished in my life. In Jesus name I pray. Amen.

If you prayed this prayer in all sincerity, you are now a Child of God. However there are a few things that you need to do to follow up on your commitment.

So that we might rejoice with you, we invite you to contact us and let us know about the decision you made! 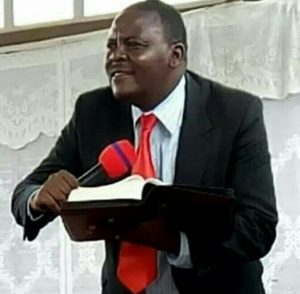 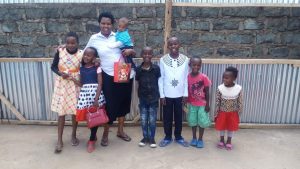 This ministry supports Pastor David Njoroge from East Africa who has been called by God to build a Cross preaching church based in Oloitokitok where he also lives.   He lives with his wife and children.

Ps David was saved and born again on Saturday 3rd June 2000 in a Gospel Crusade.  Before then he was a regional leader of a vigilante group called Mungiki which was banned in Kenya. David led this group for seven years.

Barely two weeks before he got saved, he began to hear a voice over his head saying: “GET SAVED” “GET SAVED”.  This voice persisted for two weeks.  On this fateful date mentioned above, he was invited to attend a Gospel Crusade by a passerby.  He went in the crusade totally drunk and puffed with marijuana so that he wouldn’t fear people there (per his thinking).   He found a woman of God preaching.   She boldly preached Christ, and in one time attacked the Mungiki people who believed in African tribal god.   He felt chills all over him!   He began to cry hard, and walked forward towards the preacher.   David said to her, “I want to be saved”.  She prayed and commended him to Christ.

Since then, June 2000, David felt strong passion and urge to FOLLOW AND SERVE CHRIST who has saved his life.    Immediately, in the same year, 2000, he became a full-time servant of God.  Since then, he began evangelism from places to places.  From village to village.  From markets to markets.  From houses to houses.  From persons to persons.  From towns to towns.  From cities of our country to cities.  He held Gospel Crusades and Open Airs in every region of the country.   He did this boldly!

In 23 March 2008, he officially opened his first church, in the rural area called Mamba.   Ps David preached in this church and all the environs and outreached many.

In 2019, he laid his hand to his coworker in this church, to become the presiding pastor there, because the Lord had called me to embark on missionary work in far away places from Mamba, 300 miles.

Ps David left that church with over 120 brethren. 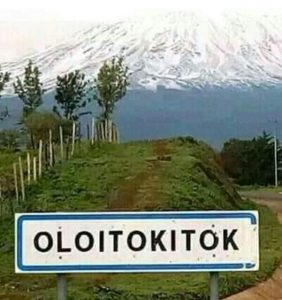 Oloitokitok town is around 250km from their main city centre to the south. 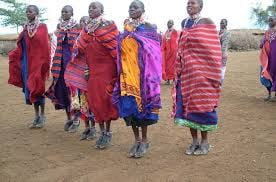 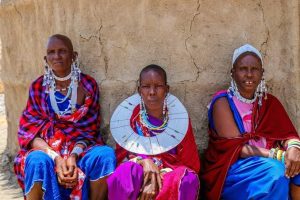 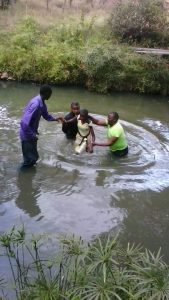 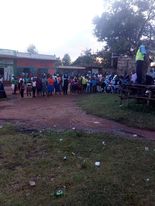 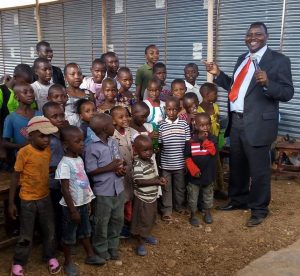 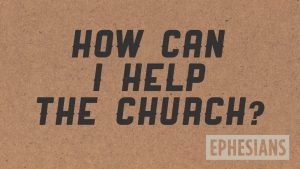 This is the church that they are building: 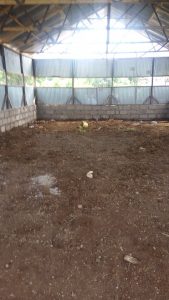 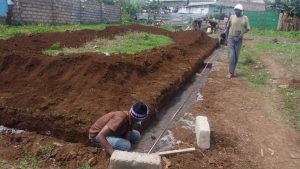 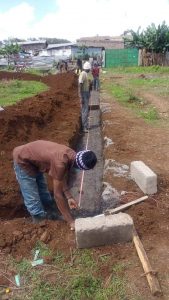 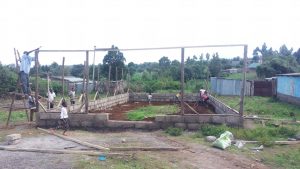 Matthew 25:31-46 KJV  For I was an hungred, and ye gave me no meat: I was thirsty, and ye gave me no drink:  I was a stranger, and ye took me not in: naked, and ye clothed me not: sick, and in prison, and ye visited me not.  Then shall they also answer him, saying, Lord, when saw we thee an hungred, or athirst, or a stranger, or naked, or sick, or in prison, and did not minister unto thee?  Then shall he answer them, saying, Verily I say unto you, Inasmuch as ye did it not to one of the least of these, ye did it not to me.

2 Corinthians 9:7 KJV Every man according as he purposeth in his heart, so let him give; not grudgingly, or of necessity: for God loveth a cheerful giver.

If you’d like to support this ministry, please donate now.